From PostgreSQL wiki
(Redirected from SEPostgreSQL)
Jump to: navigation, search

Databases are significant facilities for managing information assets. Databases enable information to be searched for, retrieved, and stored in more elegant ways than with file systems.

Most existing RDBMSs apply their own access controls, for example, GRANT and REVOKE, without collaborating with operating system. This can result in inconsistent access controls compared to ones on filesystem and so on.

Some modern operating systems have enhanced access control features, such as SELinux. The design of most of these features is based upon the reference monitor model (which came from 1980's researches), that allows all system access to be managed by a centralized security policy. The reference monitor model assumes that object managers (for example, operating systems) can capture all system access, and then make decisions about whether that access is allowed or denied. Note: an operating systems is not the object manager in all cases. A Relational Database Management System (RDBMS) is an object manager for database objects, similar to operating systems being object managers for file system objects. Previously, RDBMSs made access control decisions independently from a centralized security policy, and as such, meticulous care to keep its consistency between OS and RDBMS.

PostgreSQL uses the concept of a database superuser that can bypass all access controls of native PostgreSQL. On the contrary, SE-PostgreSQL enforces its access control on any client, without exception, even if the client is a database superuser. Clients can only access database objects when access is allowed by both native PostgreSQL and SE-PostgreSQL, similar to the relationship between Discretionary Access Control (DAC) and Mandatory Access Control (MAC) on certain operating systems.

libselinux provides an interesting API named as getpeercon(), that enables you to get the security context of a peer process connecting to a server process. SE-PostgreSQL needs security contexts to make its decisions. This is a significant feature for consistency in access controls, in that privileges for clients and the attributes for objects are represented in the same form.

Consider RDBMSs (including PostgreSQL) as an inter-process communication channel, the same as file systems, networks, IPC, and so on.

The most significant purpose for security mechanisms is to protect classified information being leaked. On subsystems with individual access controls -- not a centralized one -- an attacker can choose the weakest inter-process communication channel.

SELinux is an operating system feature that applies a single, unified security policy over the whole operating system. System calls are intercepted and inspected. This approach allows policy to be enforced with minimal costs; however, keep in mind that several user-space object managers, such as the X Window System and RDBMSs, can be used as inter-process communication channels. Resources managed in user-space are invisible to the kernel, leaving two options for security policy: the traditional all-or-nothing policy, that does not allow user-space objects to be shared (this is unrealistic), or the enhancement of user-space object managers, making their access control decisions based on the single, unified security policy of SELinux. 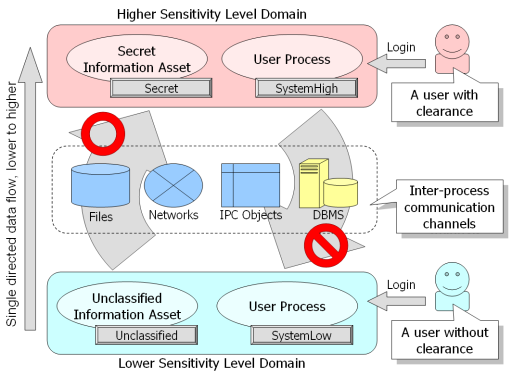 It is our (middle term) vision in this project.

On the LAPP/SELinux stack, we can run web applications with more restrictive privileges to prevent violated accesses using application bugs or vulnerabilities. All the access control rules are centralized to the security policy of SELinux, and all the application behaviors are always checked by SELinux and SE-PostgreSQL (for database objects).

The LAPP/SELinux stack consists of SELinux(OS), SE-PostgreSQL(DB) and Apache/SELinux plus(web) now. In addition, we would like to enlarge its coverage to the application server layer.