PostgreSQL can be built using the Visual C++ compiler suite from Microsoft. These compilers are present in Visual Studio.

After installing Visual Studio, open Visual Studio application and click on ‘Tools’ option and select ‘Get Tools and Features’. 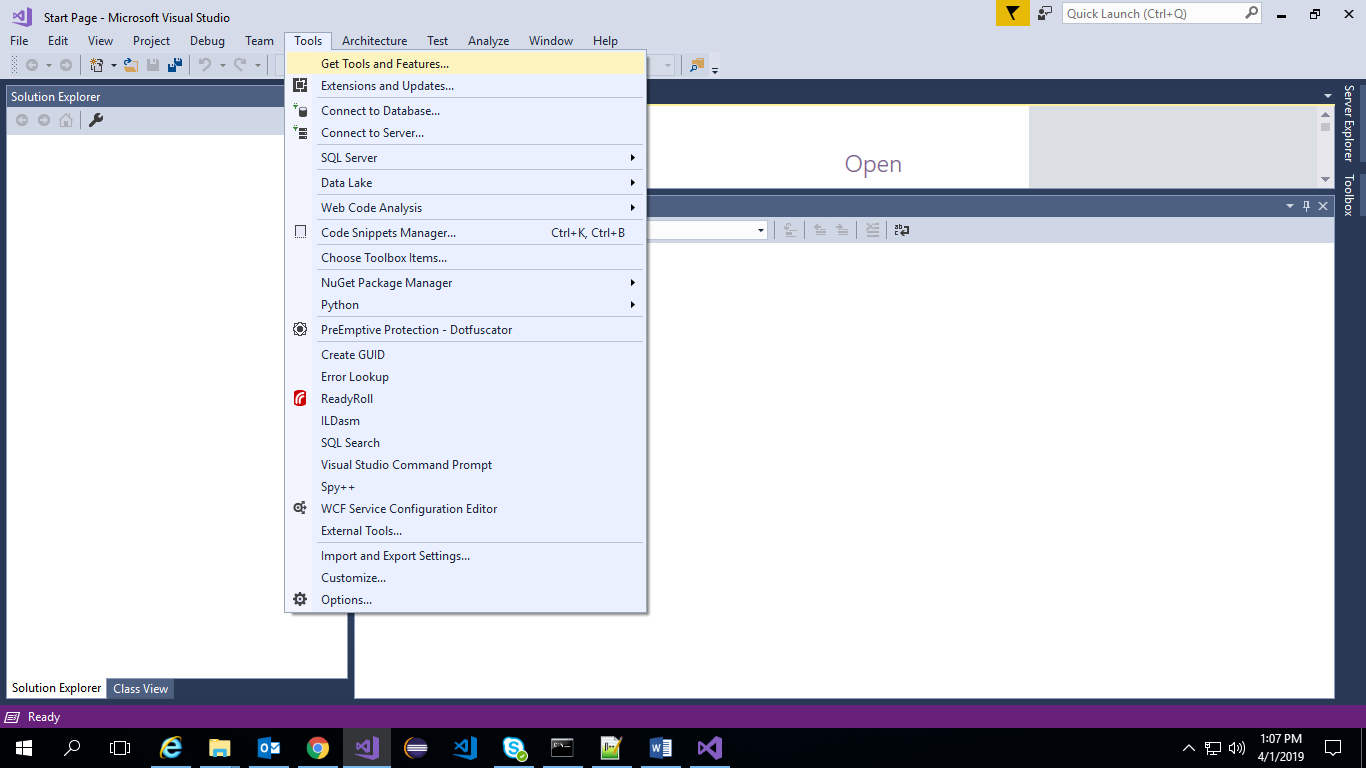 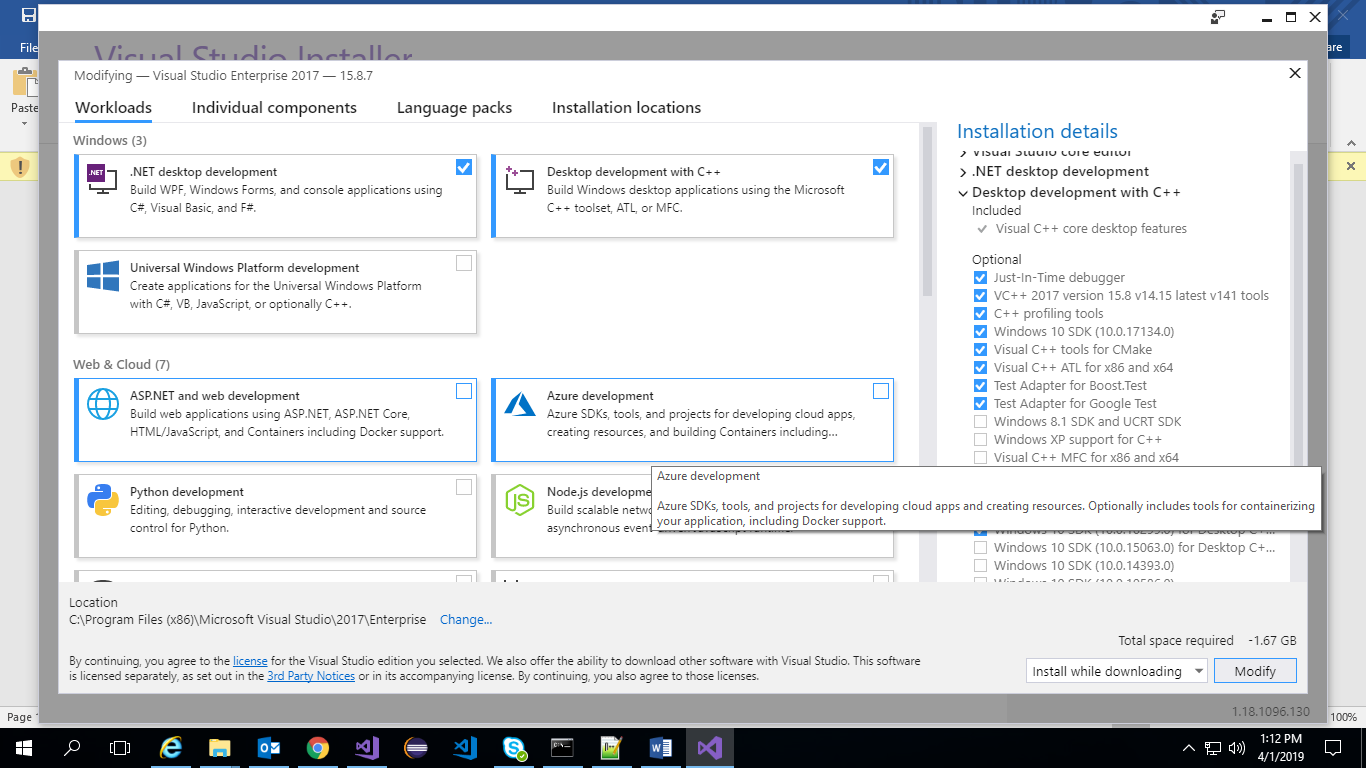 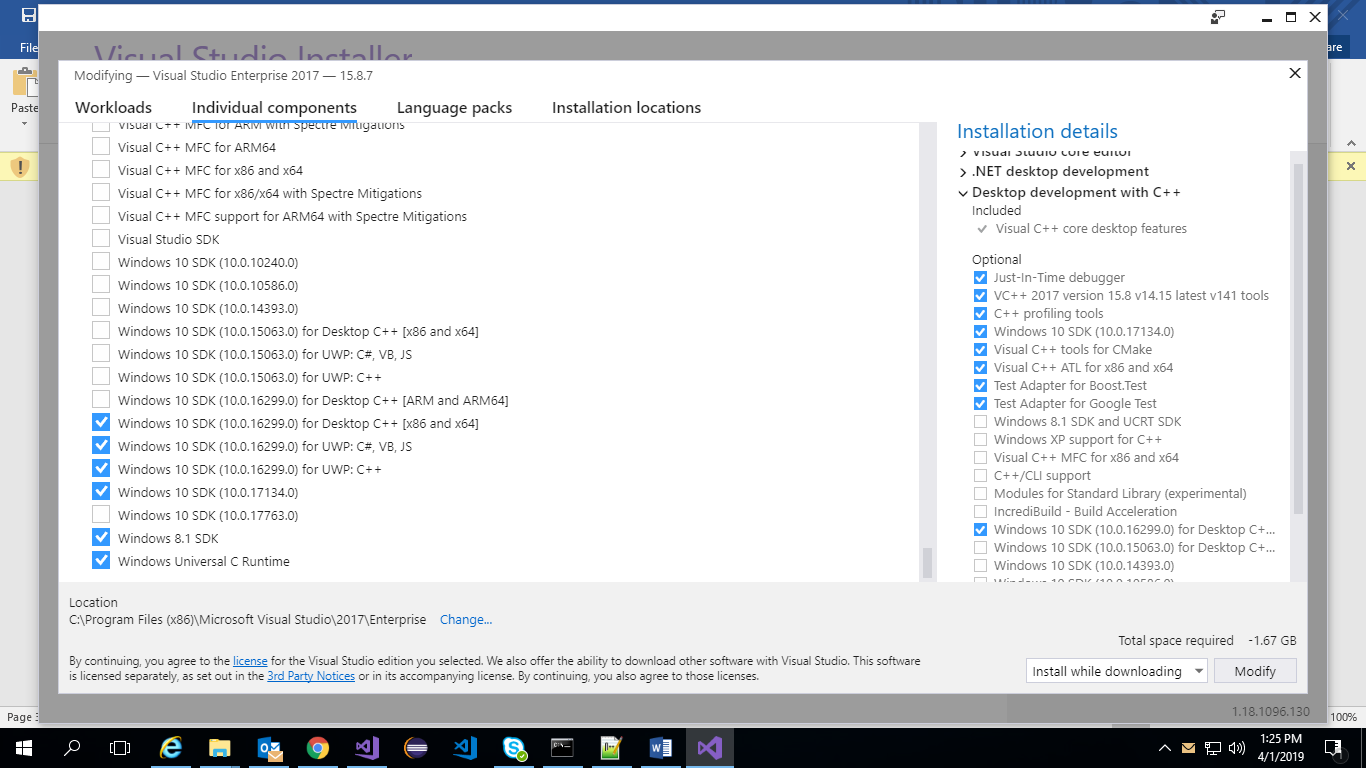 Both Bison and Flex are included in the msys tool suite, as part of the MinGW compiler suite.

The MinGW installer can be downloaded from https://osdn.net/projects/mingw/downloads/68260/mingw-get-setup.exe

After the installer is up and running, the following packages need to be selected.

Once it is done, include the path of bison and flex in Windows PATH variable. By default, they are under C:\MinGW\msys\1.0\bin

ActiveState Perl is required to run the build generation scripts.

MinGW or Cygwin Perl will not work.

Binaries can be downloaded from https://www.activestate.com

This also must be present in the Windows PATH variable. 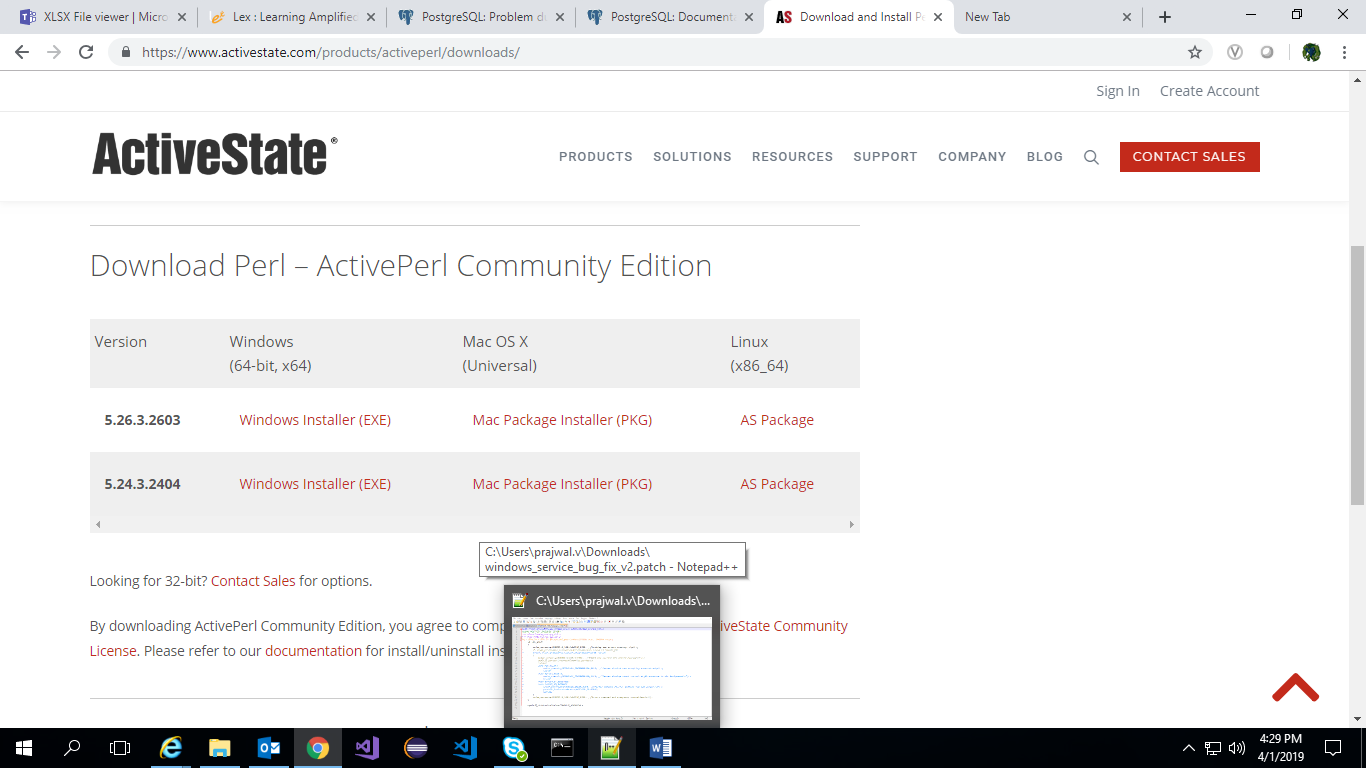 Create a local repository to store source code for PostgreSQL.

Under the local repository move to tools section: Postgres/src/tools/msvc .

Open the ‘Developer Command Prompt for VS 2017’(Using Windows Search) and change the directory path to msvc. 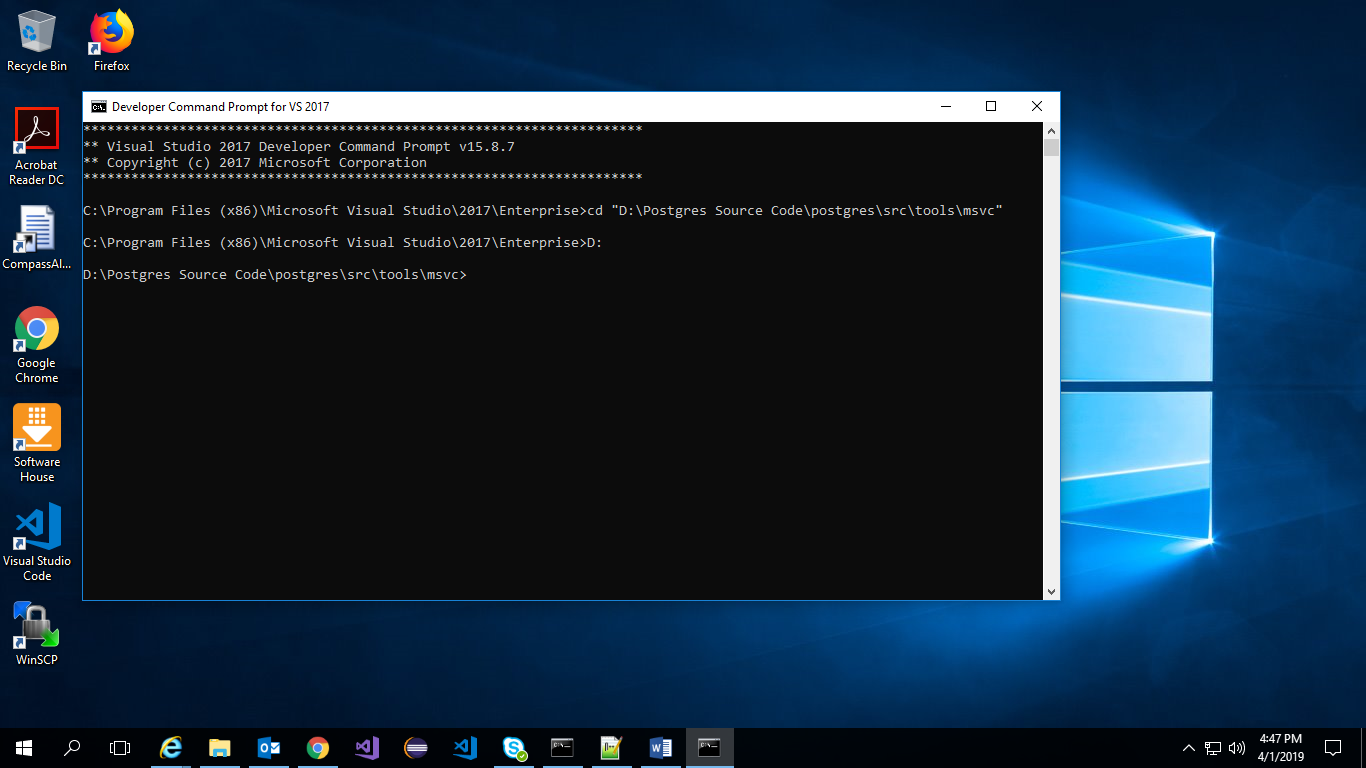 We use the following command to intiate the build. perl mkvcbuild.pl

If there are no errors in the console, solution file corresponding to the PostgreSQL code is generated. 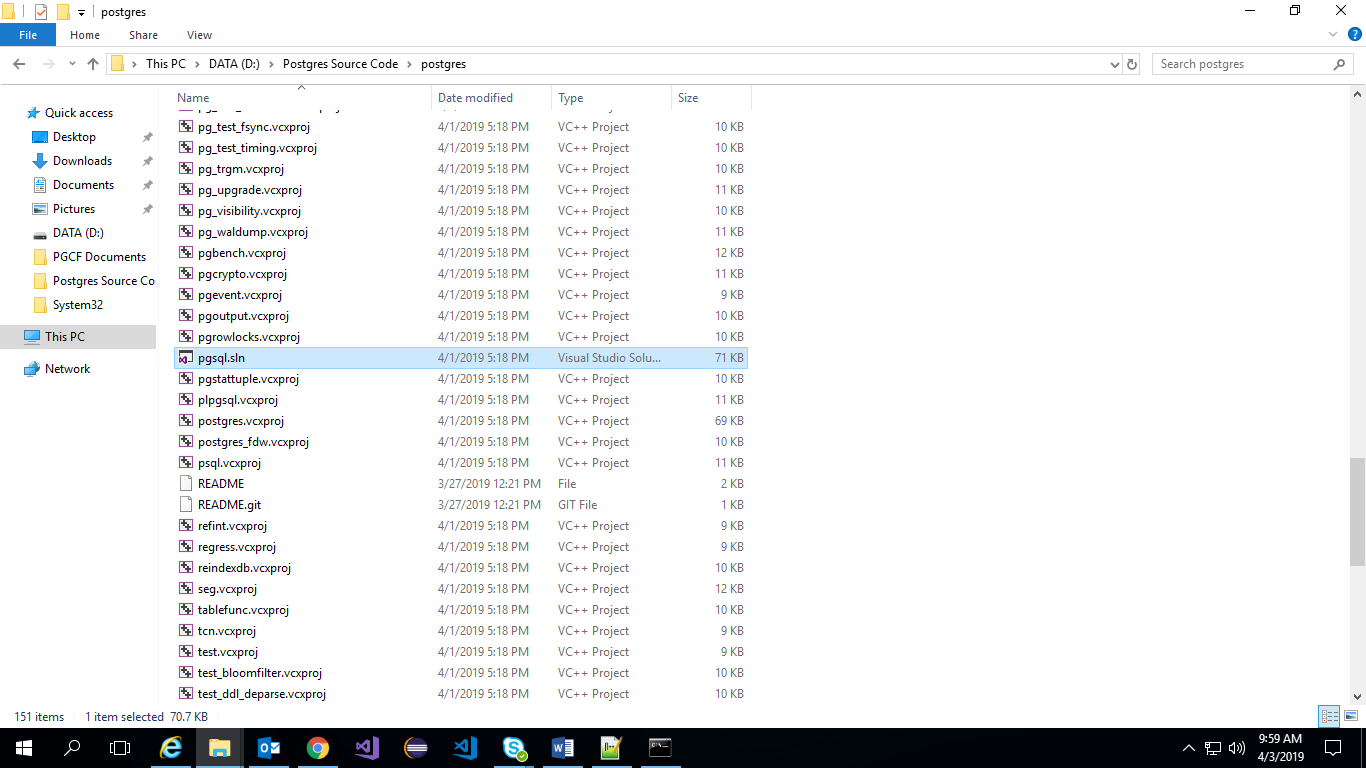 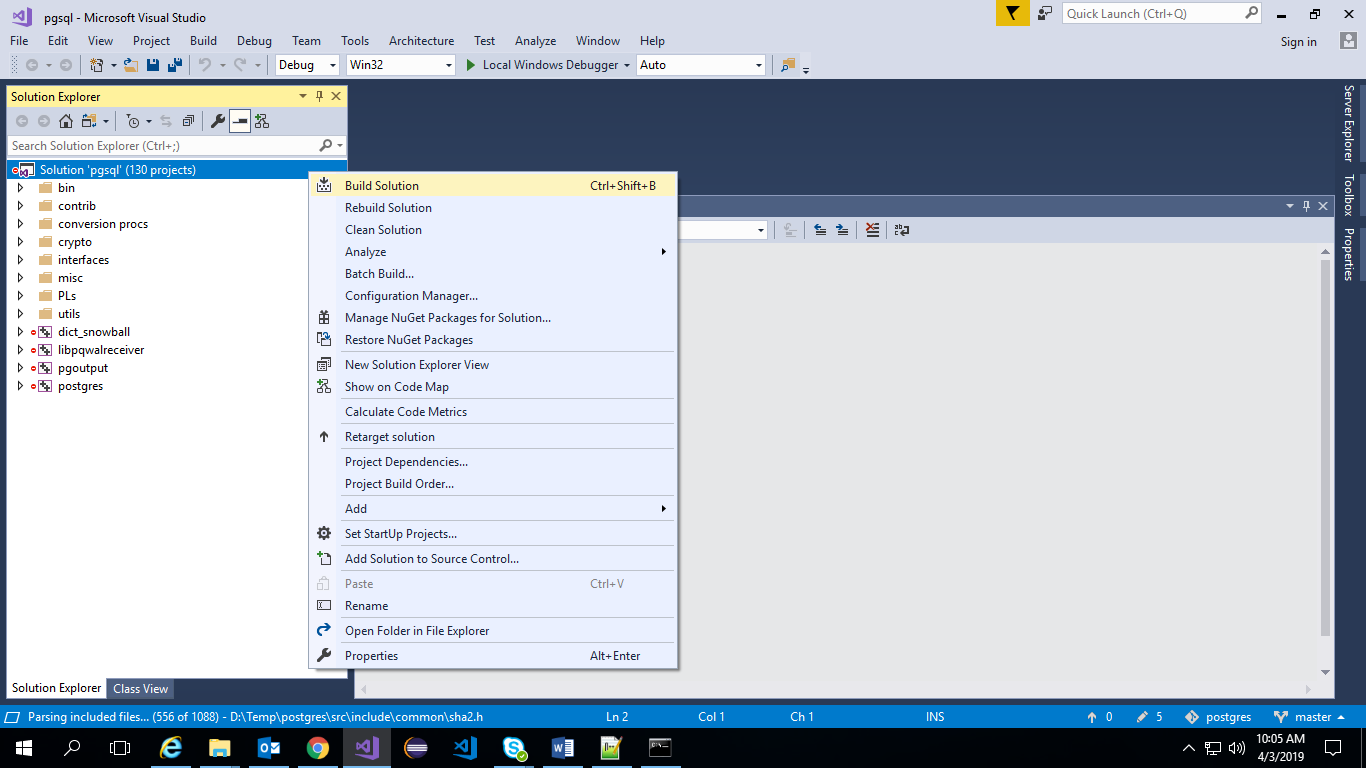 Post successful build, run the install command to complete the installation for PostgreSQL, create local directory where the installed files should be placed and pass it to INSTALL command 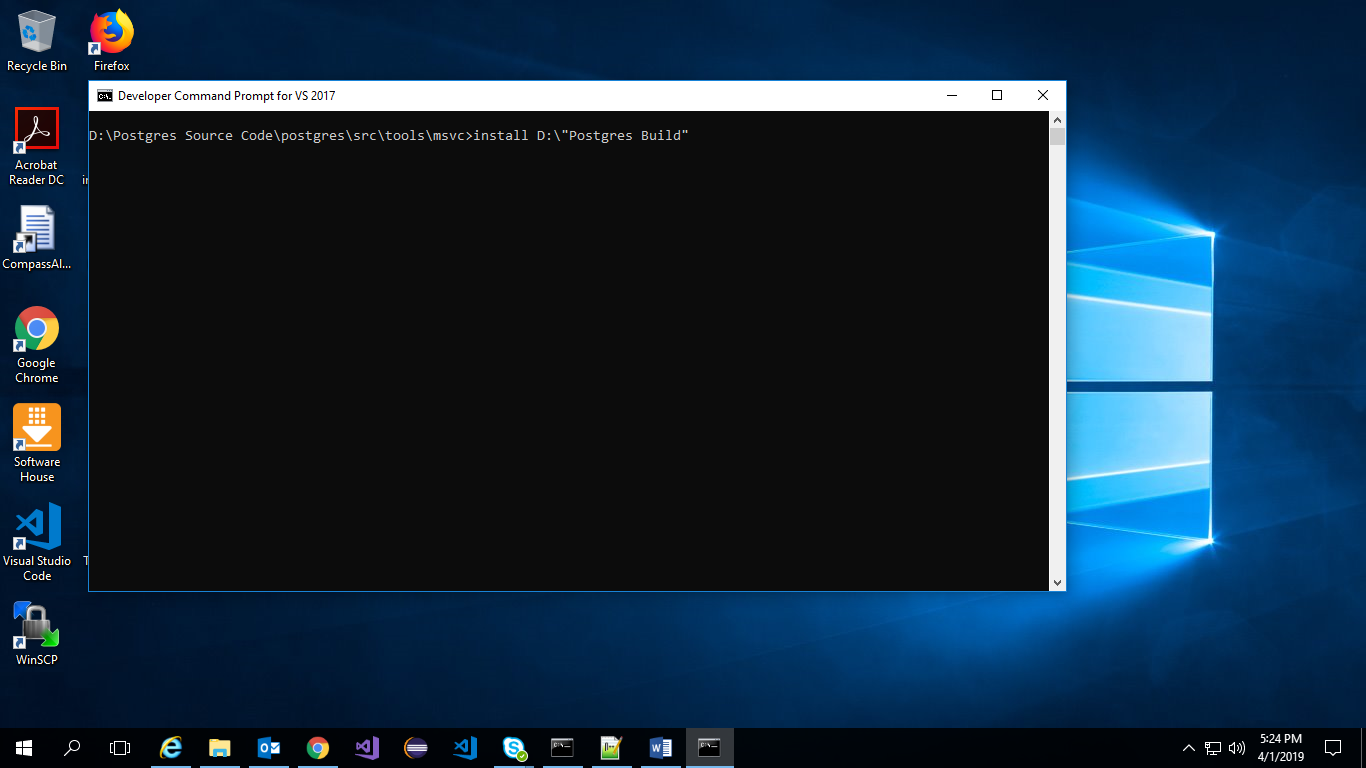 After installation, all the binaries would be available under bin folder. 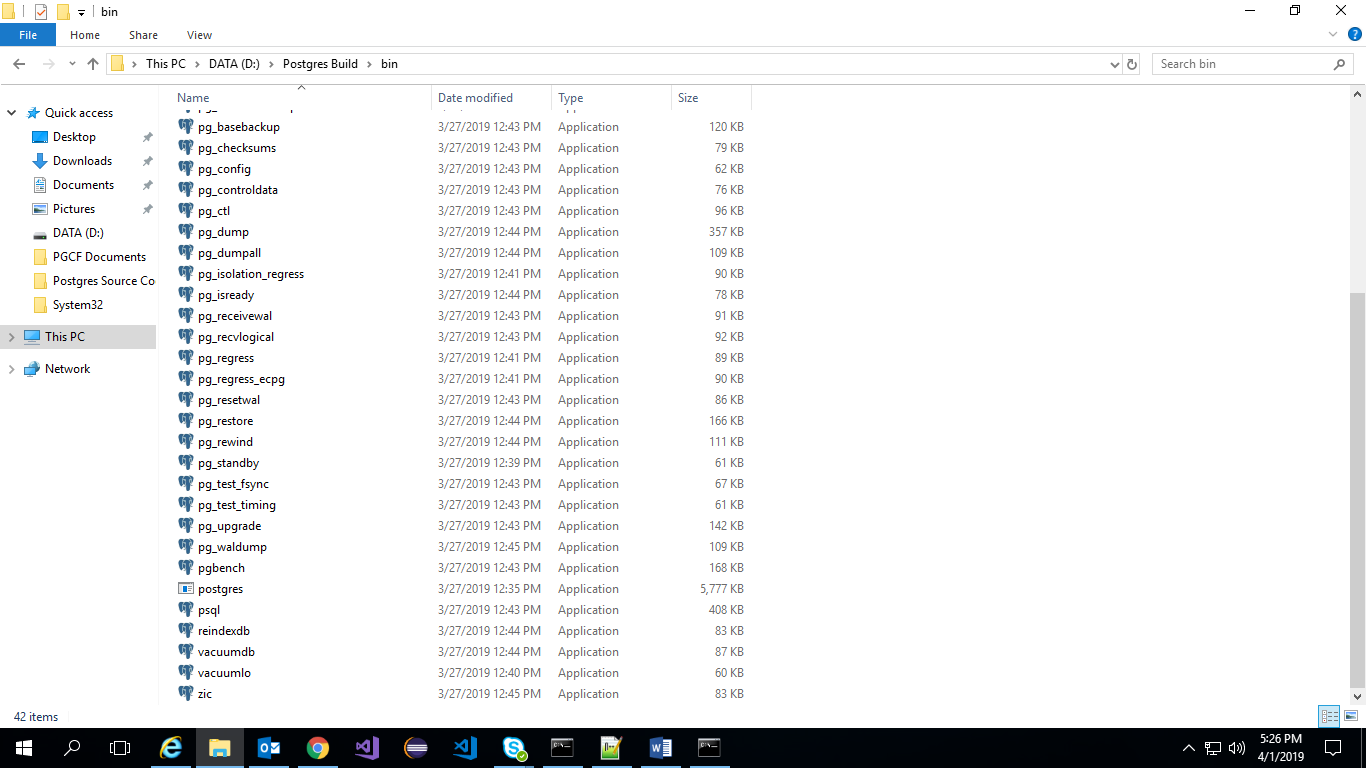 These binaries can be run through the command prompt.

Run the vcregress check command to run all the SQL regression tests. 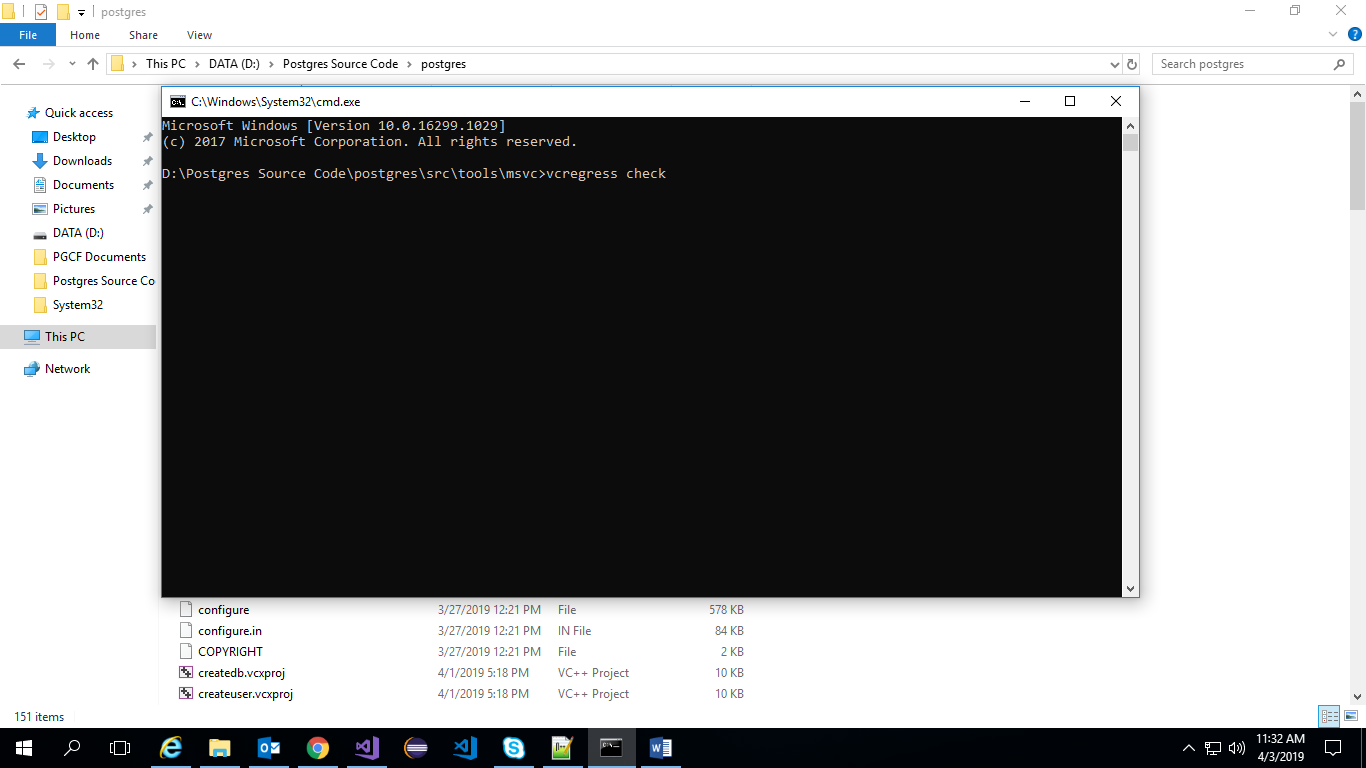 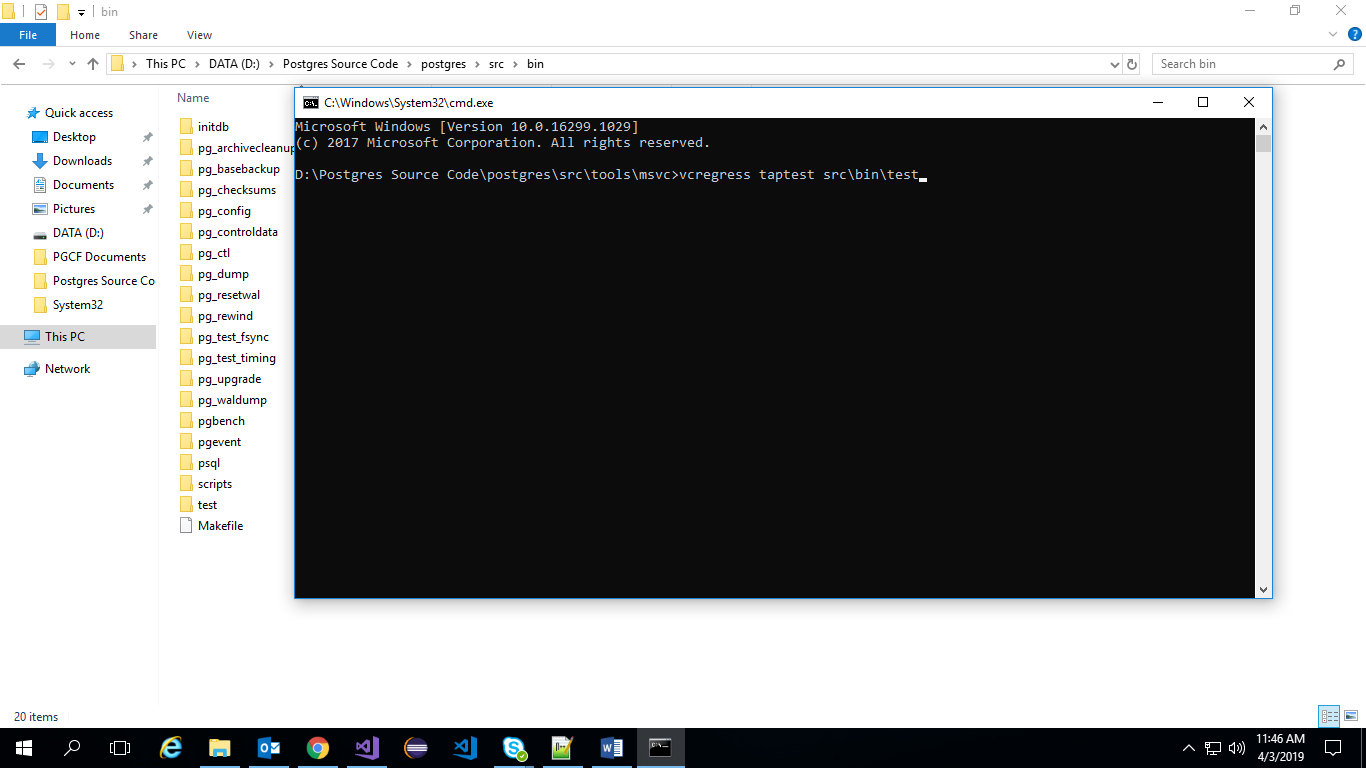